OILSEEDRAPE BIOMASS AT THE BEGINING OF WINTER 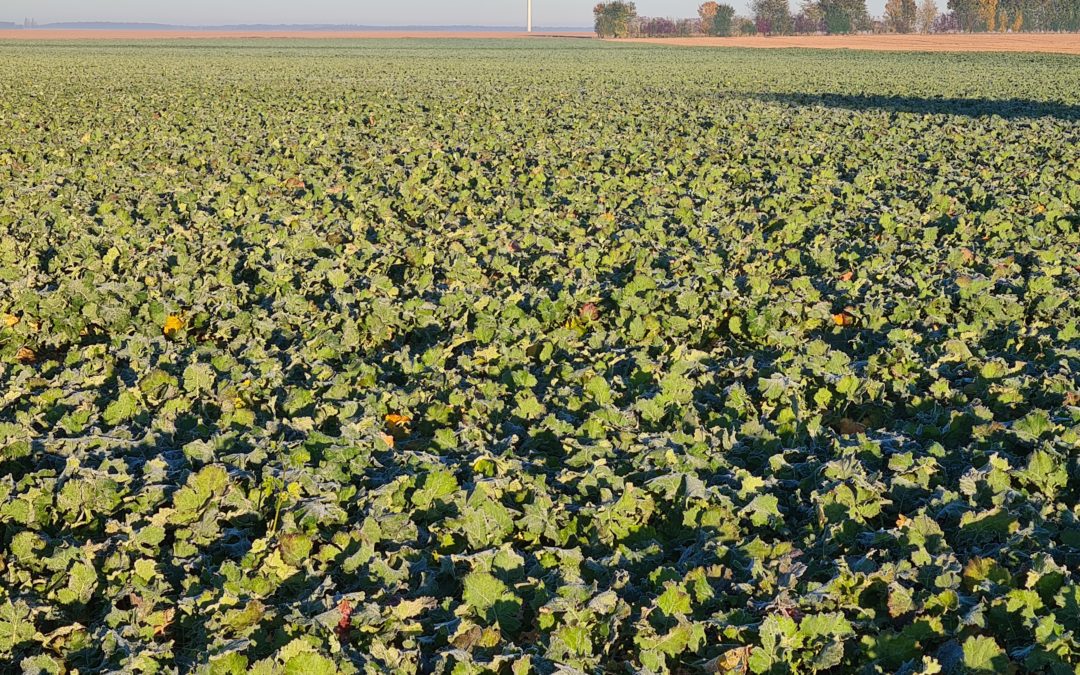 In Eure et loir, the colza as every year suffered in some areas from the lack of water for a proper emergence, from 10/08 to 5/09 it did not fall water, the colza sown between 10 and 20/08 are doing better because they take advantage of the freshness still present in the soil, even better if a ploughing is practiced.

The 30 mm episode was sudden to say the least as it was a very localized storm causing the plot to be submerged.

Despite everything, the rapeseed plants have developed and are now entering the quieter winter period as they have all but pumped nitrogen from the soil, the leaves are fading indicating a useful “nitrogen hunger” as this “hibernation” will allow them to overwinter in the vegetative stage and protect the flower organs from frost.

I used a panel of 263 plots around my home to estimate the crop biomass level, an area of 3320 hectares.

The model processes Sentinel 2 satellite imagery to determine the plant’s leaf area index and biomass level, it is a robust model developed from field measurements for 25 years, rechecked every year by fresh biomass measurements in the plots, the model has never been modified since its creation.

The average fresh biomass level of the 263 plots (3320 ha) is thus 0.93 kilograms, the red curve indicates the normal (Gaussian) distribution of the plots as a function of the mean and standard deviation (0.49)

The rapeseed has thus absorbed for the moment about 65 units of nitrogen which, at the current price of nitrogen represents a non-negligible budget (about 130 euros!)

In conclusion, this year, even more than in previous years, it is important to estimate the nitrogen absorbed by the rapeseed before and after winter, there are many tools to make these measurements: