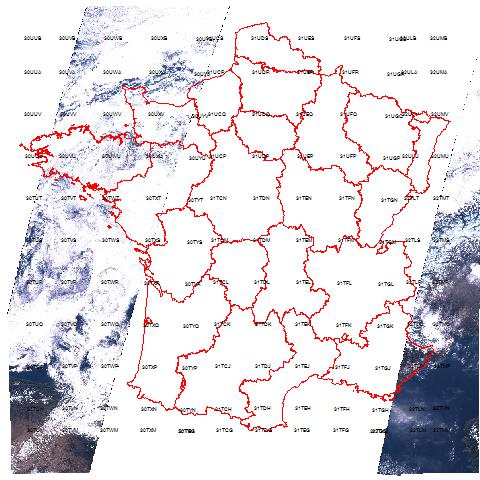 The satellite images user is mainly interested about cloud cover because it is one the major problem to deal with.

I wrote a very small and simple program to analyse all the images from Sentinel 2A over France during 2016. It took  around 15 hours to check all the 9551 images data in the France extent (134 tiles). Two parameters were stored: The tile coverage rate and the cloudy pixel rate. 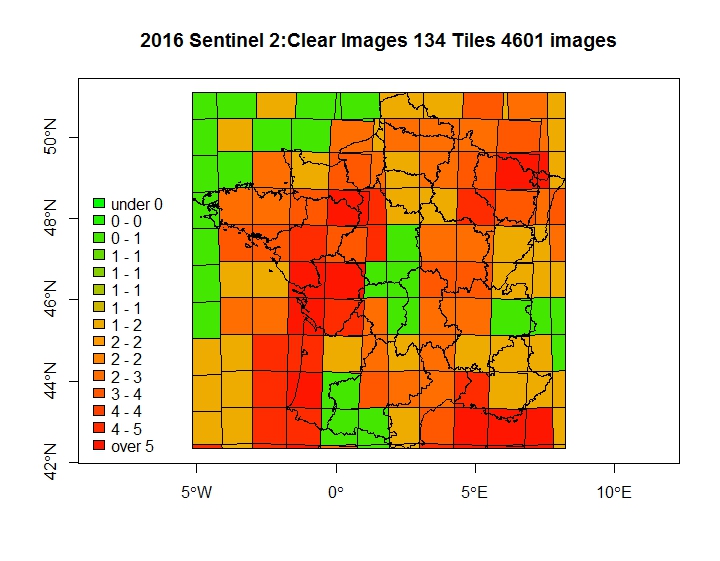 The above map indicates the number of clear images for 2016, the first observation is that, there are zones (green tiles) where the is no available completly clear image (South east of Region centre).

Of course, only S2A was used for this test. From 2017 summer, images from S2B are available and allow more images which will be discussed later. 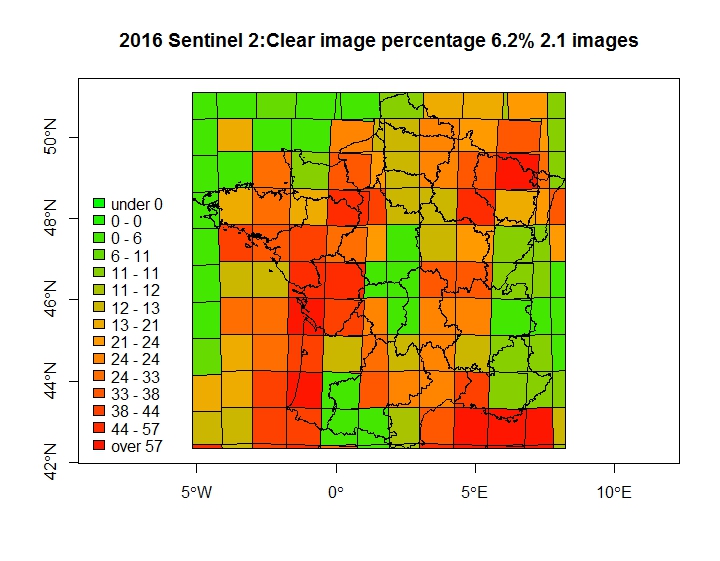 According to the fact that around 34 images per year are available for each tile, we can calculate the clear image rate per tile. Hence, 6.2% of the full tile covering images are completly clear (2.1 images per year) using one satellite. 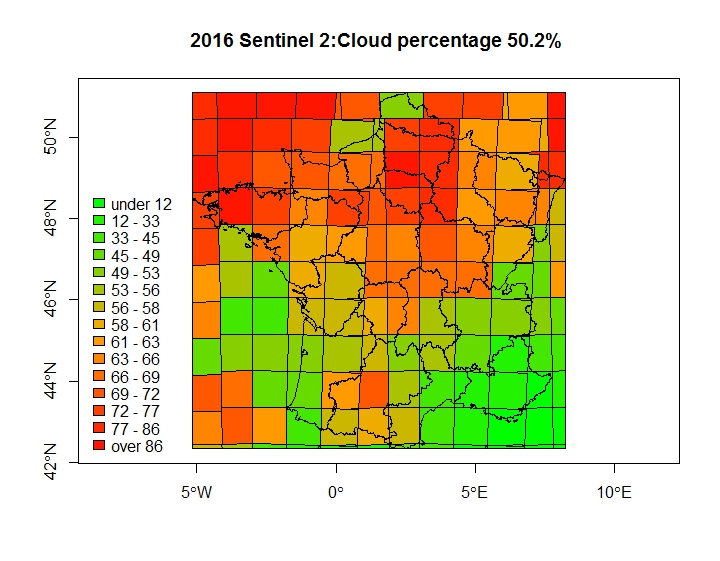 And finally, mean cloudy pixel rate per tile is calculated as the mean of the around 35 images per year. There is of course a “natural” correlation between this map and a solar radiation map indicating that, in south east France the sky is clearer than in the north west, which is not a surprise.